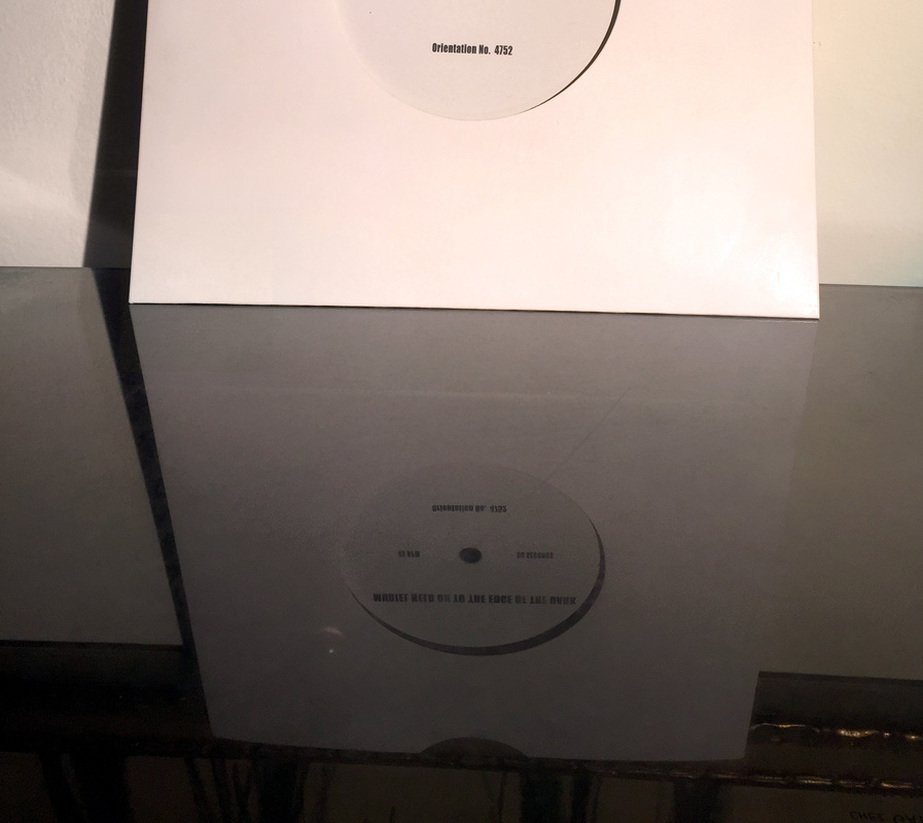 ​Orientation No. 4752 (2016)
90 second audio recording on 7" vinyl record
​
I was drawn to the line "Muriel held on to the edge of the dark" which comes from The Time of the Angels by Iris Murdoch, first published in 1966. It is included in the text of Cartography for Girls, An A - Z of Orientations identified within the Novels of Iris Murdoch, in which (and determined by alphabetical ordering), this particular 'orientation' is located as no. 4752.

Reading Luce Irigaray's feminist engagement with Plato's myth of the cave made me think of Muriel holding on to the edge of the dark - "... and you will always already have lost your bearings as soon as you set foot in the cave." [i]

Orientation No. 4752 is inspired by the records that the artist Jack Goldstein made in the late 1970s and early 1980s – each one referencing a single object, action or event using sound from a sound effects library. Goldstein’s iconic vinyl features extreme situations such as a burning forest, a tornado, a six minute drowning and two wrestling cats.

Goldstein has said about the records that they let “you experience the sense of an extreme situation, but at a distance, so that you can control it.” [ii]

Read by the actor Sally Lofthouse, Orientation No. 4752 references a single extreme sensation of Murdoch's character Muriel's consciousness. The recording makes resonant an ambiguous image through spoken word, rather than a sound effect.


With grateful thanks to Sally Lofthouse